Shopping centres seem to be the new craze here in Mauritius, so I thought I would go to at least one when it first opens its door. I chose Mont Choisy Shopping Promenade and now I asked myself why I even bothered. 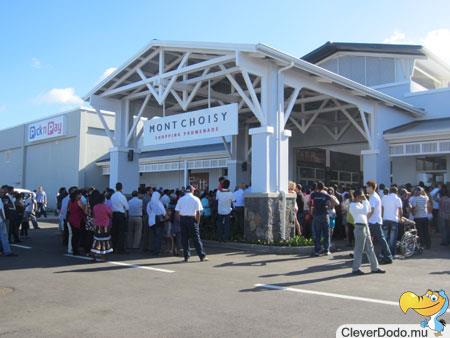 They were one week late to open and still it was an incomplete project. In the picture below, you can see last minute work being done whilst a crowd was waiting to enter the shopping mall. 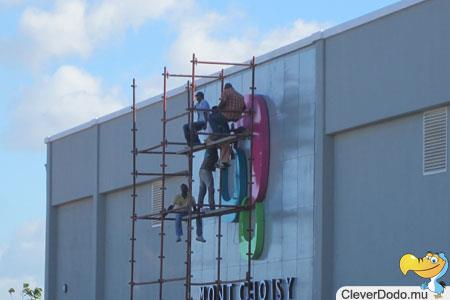 What surprises me the most is the fact that Grand Baie La Croisette is just opposite. You can walk from one mall to the other. So what’s the point of a second shopping place?

Only a few shops were operational and most of them were still stacking their shelves with stock. It’s like along with the visitors, the shop owners were only allowed in at the same time as us. There’s no food court, so if you’re planning a trip there, don’t forget to bring some snacks with you. It takes you only 10 minutes to visit the mall and that’s about it. 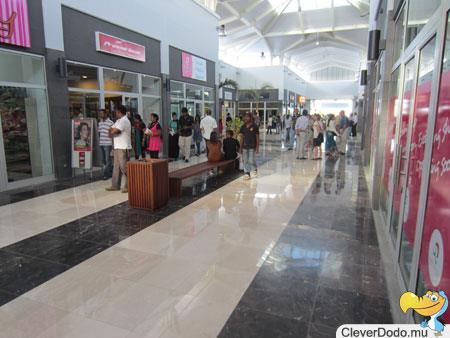 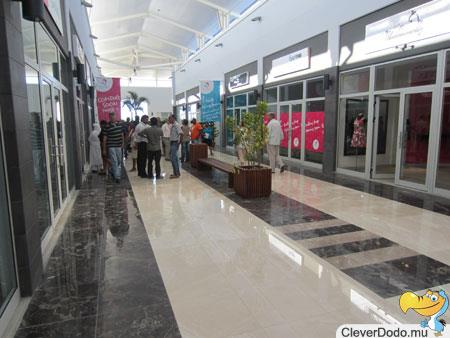 For the opening ceremony, there were bouncy castles for the kids and as always some adults decided to sit on the entrance of one castle to take pictures and thought it was too comfy to move away which angered some parents who wanted to let their kids go play inside.

There were supposed to be pony rides as well but I couldn’t find any horses anywhere. When I asked one of the staff working near the bouncy castles, he was very indifferent and said he only knows about his area (the castles). I think the training was rushed as well. 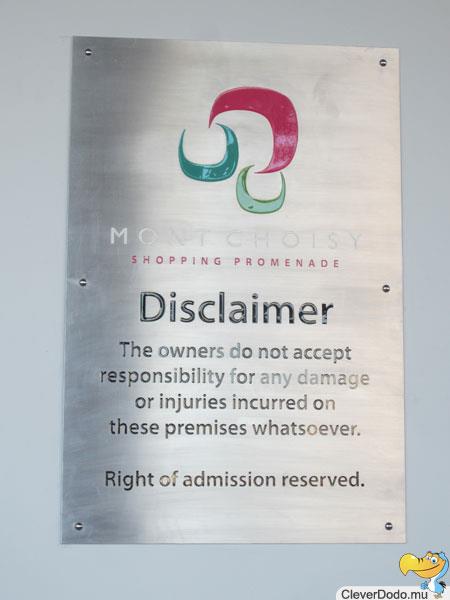 All in all, it’s a waste of time. You have more shopping choice in Super-U!

I forgot to mention 2 things. First PAWS have got a place there and on selected days, you can see puppies/kittens. You can also get information on animal adoption, welfare and other things and help them do their wonderful job by buying some stuff from their store. Second there’s a Social Media Centre there which is supposed to provide FREE WiFi/Internet access to everyone. Although the internet part of it was non-existent when I went there, I managed to get a free Mont Choisy Shopping Mall t-shirt and I have to admit that the quality is very good and the design very attractive as well.

gices Published 06 Dec 2012
Gices Abraham is the founder of Clever Dodo. He's a life coach and advocates the practice of MAM (Movement/Arts/Meditation) for a well-balanced and happy life. Born in Mauritius and now living in the UK, he usually blogs about fitness, music, spirituality and driving topics to pass on his knowledge.

Waiting for the weekend to go over there, just for blogging purposes :-)
Keep tuned and thanks for the visit!

To make your visit worthwhile, don't forget to bring your swimming shorts so that you can pop over to the beach :p

My diving equipement is in my car boot right now. I'm really serious. lol
(yeah even on work days - You never know when they might be useful).

Don't forget to ask for your free t-shirt when you go to the social media centre (I updated the blogpost with this piece of info). They don't give you unless you ask.

Thanks for the tip!

1 replies
384 views
Are there any jelly fish in Mauritius?

4 replies
1.4K views
Which MCB card for internet shopping?
in

in
24 replies
4.5K views
Are the nature parks and shopping places wheelchair friendly in Mauritius?

5 replies
350 views
Where can I do safe online shopping and have delivery to Mauritius?
Ja

4 replies
8.5K views
Where can I get turkey in Mauritius?
ha