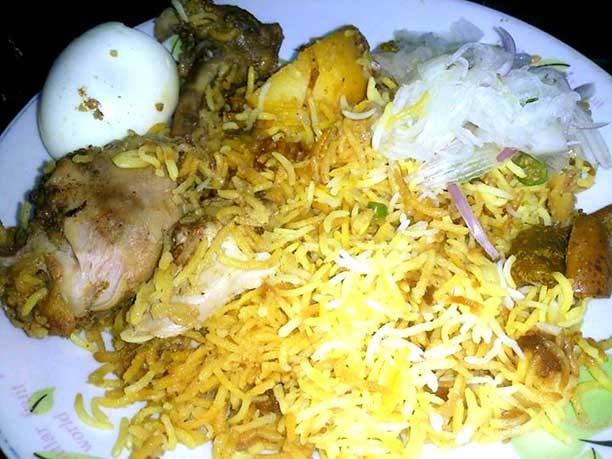 On Eid ul Adha’s day, I decided to pamper myself with some vegetarian briani. But then, some friends called saying they are dropping by and asked me to try chicken briani instead - carnivorous bunch! A call to Australia later (mom’s), I started my way to the kitchen to make that Mauritian Chicken Briani which everyone loves. I had the misconception that cooking briani is tough, it's too yummy to be easy - I thought. But then, as I made it… I saw it wasn’t that tough at all. I just had to check the time diligently, remove all the ingredients before starting, 30 minutes of preparation, 30 minutes of cooking and it was ready to be served! Proud of myself!

Marinate the chicken with the ginger-garlic paste and 1 tsp salt and put to rest for 30 minutes. Marinate it in the same cooking vessel in which the briani will be cooked. The use of a thick vessel is preferred. 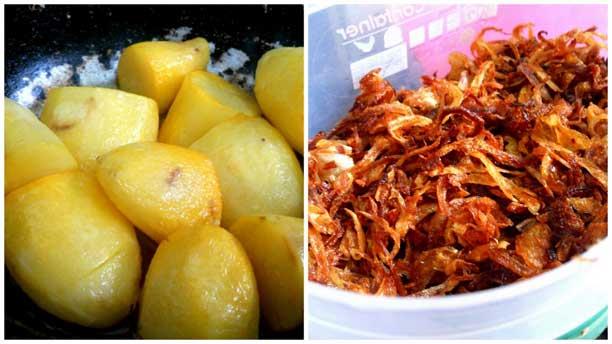 Fork the potatoes lightly, add ¼ tsp of food colouring, ¼ tsp salt and deep fry in cooking oil on medium fire. The potatoes should not turn too crispy, so remove from oil as soon as you see it’s cooked.

Fry half of the chopped onions on high fire in the same oil after the potatoes are done – they should do light brown. Drain well and spread the fried onions on a flat plate so that they go crispy.

Wash the rice and cover with water, let soak. It shouldn’t soak more than 30 minutes – so keep an eye on the clock. 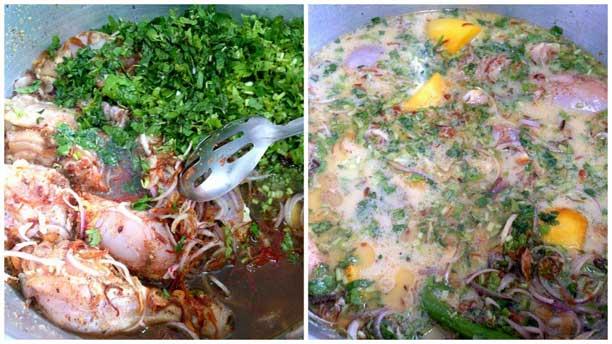 Mix the yoghurt with half of the fried onions and the garam masala. Add the mixture to the chicken and mix well. 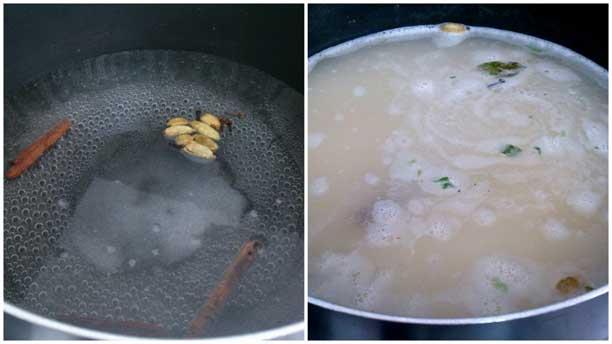 Boil around 3 litres of water and add cardamom, cinnamon, cloves and ½ tsp salt. Add the rice to the boiling water. 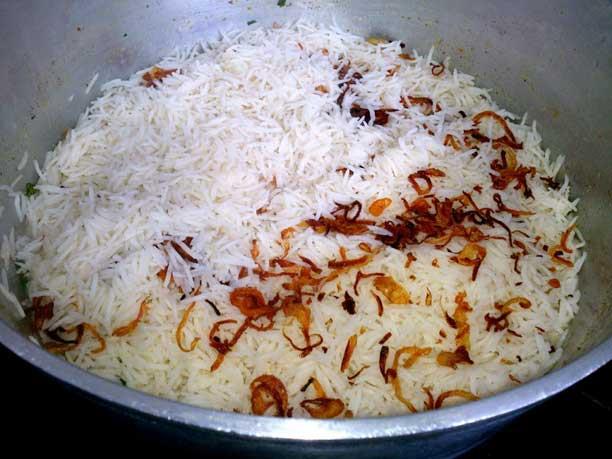 Around 10 minutes later, take one rice and test whether it breaks between your fingers. If it does, it means that it is half cooked. Use a slotted spoon, drain half of the rice lightly and spread it out on the chicken mixture. Spread half of the remaining fried onions on the rice which has just been spread on the chicken.

Let the remaining rice boil some more until it is 90% cooked. Then drain (along with the cardamom, cinnamon and cloves) and spread on the fried onions above.

Spread the remaining fried onions on top of the rice and sprinkle the remaining zafrani-water on top. To check if the water quantity is enough, press the rice lightly in one corner with the back of a spoon. If you see water coming up when you press, then there is enough water for the briani to cook.

Cover cooking vessel tightly and put to cook on medium-hire for first 15 minutes then reduce it to low fire. 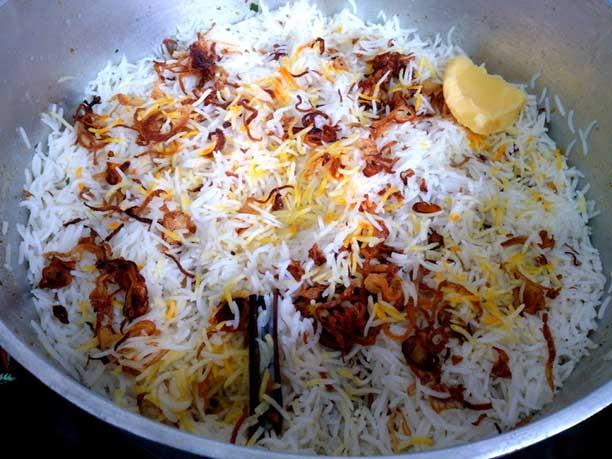 As you do so, remove the cover and drop 1 tsp of butter ghee on four sides on top of the rice and 1 in the middle (5 tsp ghee in all).

Cover again and let cook for another 15 minutes. Remove cover again, take a knife and dip it in the middle of the rice. If the knife is dry when you remove it, then the water has dried up. You can switch off fire. Else you will need to let it cook some more.

Once cooked, don’t start serving before 20 minutes. This will give some time to the chicken and potato to go softer. Boiled egg can be added on top of the rice during those 20 minutes. 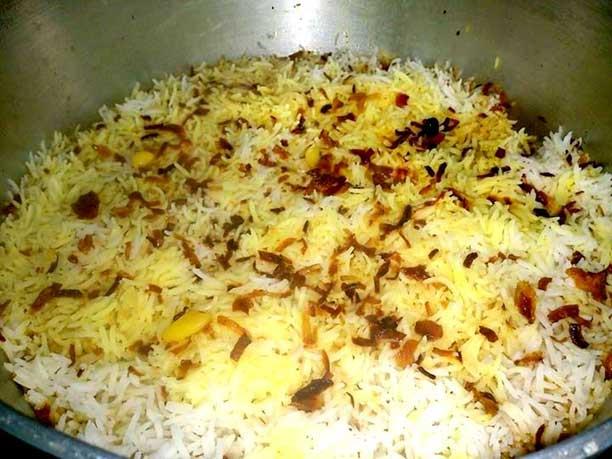 My next challenge: Vegetarian Briani

Khairah Published 26 Sep 2015
3
Hmm.. Risk-lover? Work to party kinda person? Crazy and spontaneous? Sheesh, nothing worthy to be put in a BIO! Let's see if I get wiser with age - then I might come edit this section :p

Get help with your own questions, find what's new and talk with people on the same journey

This looks yummylicious. I like the effort you've put in to get all these nice pictures whilst cooking this delicious meal. The cheeky me wants to know what you'd use if you were going to make a veg briani :P

The day I feel the motivation sink in, I'll make the veg briani..

This makes me feel so hungry..

9 replies
5.8K views
Do we have mauritian participating in the #cnschallenge on TikTok?