What to do if you get a faulty gas cylinder / bobone gaz or a leak in it?

Unlike European countries, Mauritius does not have underground gas connections and therefore people have to use gas cylinders (bobone gaz) for cooking purposes. They are available in blue, red, green and yellow and they cost Rs330 each. Green is the least popular of them all though. It’s not just a colour preference but it’s actually how they get connected to your main appliance (eg cooker). Some need to be screwed in and other lock in place by pressing them over. 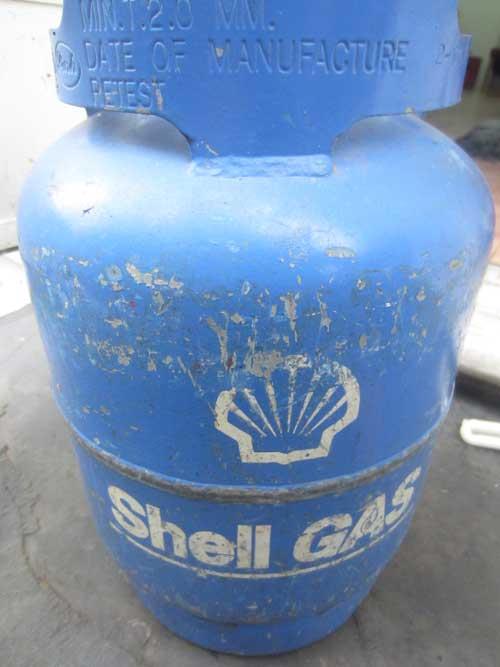 I use the blue one and it connects to my cooker by pressing and locking the connector onto the cylinder. It usually lasts me a good 2-3 months and I’ve got a spare one just in case it finishes in the middle of cooking or when I really need it.

Anyway, I’ve never had any problems with them until the day before yesterday. I was replacing the gas bottle with a new one but it kept making this tsssstttt sound which suggests there was a leak somewhere. I tried fiddling with the connector quite a few times but the sound of the leak would not go away. Liquid Petroleum Gas (LPG/butane/propane) has a strong smell and I couldn’t just overlook the problem. People have died just from inhaling a large quantity of butane and a small spark is enough to start a huge fire.

Since I bought this gas cylinder a few weeks back, I didn’t know where I kept the receipt and that could cause a problem in trying to return it. Anyway I called Winners (supermarket where I originally purchased it) and told them about the fault and that I’ve lost the receipt and they told me to come over and they’ll exchange it for me. Once there, they just asked for my name and a contact number and gave me a new one which worked perfectly.

Note that if you buy those gas bottles from petrol stations, you don’t usually get a receipt. Therefore whether you bought from there or not, you could potentially try to get them exchange it for you. Whatever the fault in the gas cylinder, make sure you get it exchanged for your own safety. You might be willing to accept your loss and have a cylinder which gets used up quicker through the leak but that can be really dangerous. Someone I know did this but believe me you’d better be safe than sorry.

gices Published 24 Mar 2013
Gices Abraham is the founder of Clever Dodo. He's a life coach and advocates the practice of MAM (Movement/Arts/Meditation) for a well-balanced and happy life. Born in Mauritius and now living in the UK, he usually blogs about fitness, music, spirituality and driving topics to pass on his knowledge.

What do you think of the movie Megamind in 3D? Is 3D Worth it?
xu

2 replies
701 views
What do you think of corruption in Mauritius? Why do we have to bribe people in authority to get things done?
aq

7 replies
6.2K views
What will you do if you win the lottery?

8 replies
271 views
What would you do if you went to a restaurant and found a hair in the meal you ordered?

14 replies
283 views
What would you do to change the system in Mauritius?

3 replies
520 views
Where can I get a gas mask in Mauritius?

1 replies
390 views
What do you think about the new MyT decoder?

3 replies
1.2K views
What do you think of VTI?
ak
ak
1 replies
167 views
In what way do you think students can help the Mauritian Society?