Halwa Greo as Breakfast or Dessert

I’m having a terrible weekend and in all the fuss, I forgot to buy bread and sandwiches yesterday. Moreover, I’ve hurt my knees, so unable to walk much or to ride my scooter. I worked till 4 am, woke up late and woke up HUNGRY! I hated myself for some minutes before I got the Eureka DING! I jumped off bed, freshen up, bun up my hair with a pencil and started to remove the below ingredients while listening to Tumhari adaon pe mein vari vari ^_^ What made me vari vari: Halwa Greo! 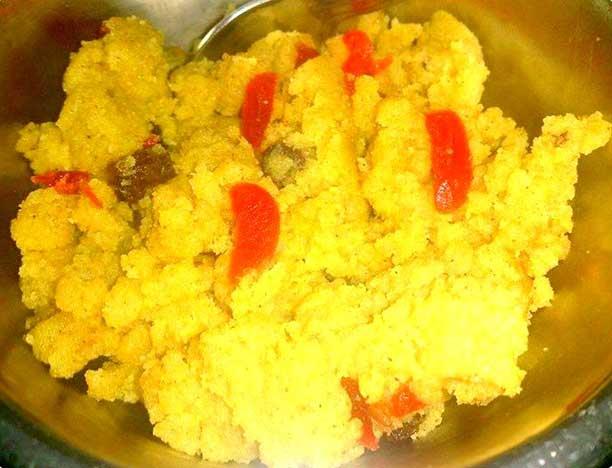 Heat the butter ghee in a thick cookware on medium fire. Add the cinnamon, cardamom, badam and raisins. Let the ingredients go gold while stirring. 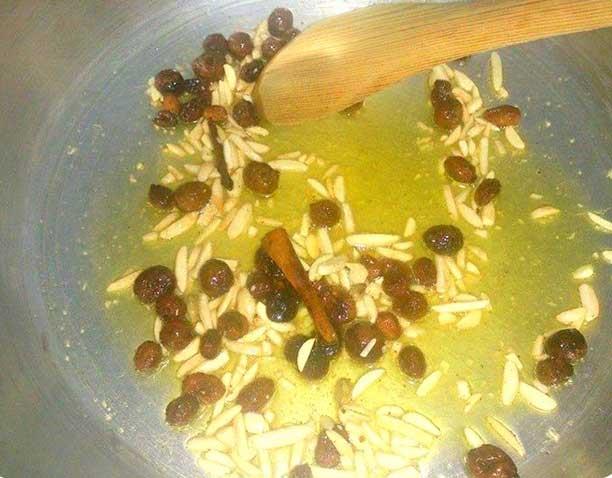 Add milk, colouring, sugar and saffron to the spices and let boil for 5-8 minutes or until it’s very hot. 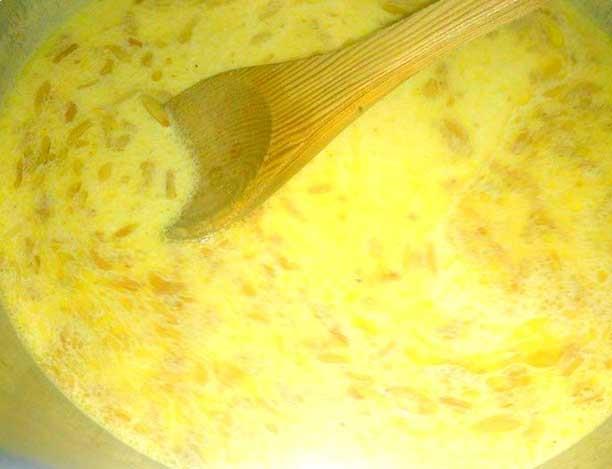 Slowly, pour the greo while stirring continuously so that it does not form lumps. Stop stirring when all the milk has been absorbed. 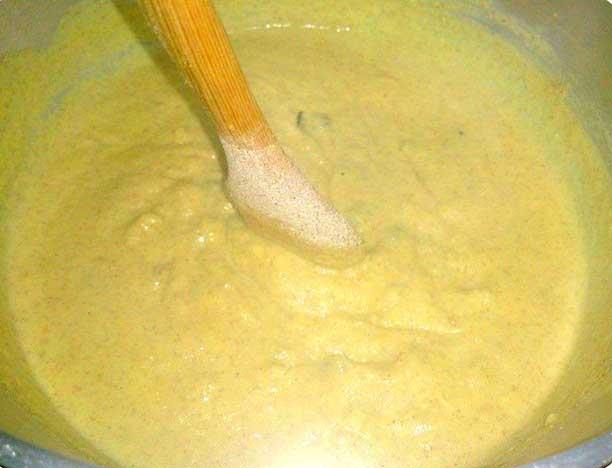 Turn fire off and cover tightly to allow the greo to cook with the steam. After 5 minutes, uncover, take a spoon and break the greo lumps. Test if the greo is cooked or still powder-ish. If this is the case, add some more butter ghee, cover and let cook for some more minutes on low fire.

When done, slice some cherry and add to the halwa. The halwa can be eaten both warm and cold. But I prefer warm halwa because then the melted butter ghee makes it taste softer in mouth. 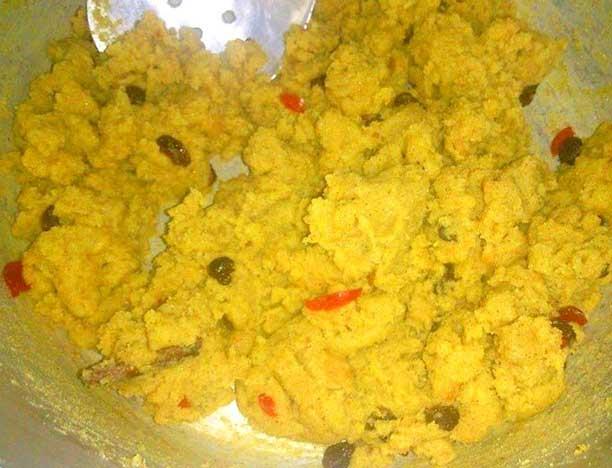 • If you are not using already-sliced badam, like me, boil the badam in water so that it becomes easy to peel the skin off then slice!
• Use a wooden spoon or one which won’t heat up else it will burn… Yeah, I’m saying it from experience.
• The halwa can be kept in air-tight containers in fridge for two weeks or more. Heat up and eat whenever you feel like!

Khairah Published 04 Oct 2015
3
Hmm.. Risk-lover? Work to party kinda person? Crazy and spontaneous? Sheesh, nothing worthy to be put in a BIO! Let's see if I get wiser with age - then I might come edit this section :p

This is a premium community exclusive to our members to discuss all things Mauritius where some of the discussions have been made public but read-only for you to get a taste of what it's like on the inside. Membership is £2.99 (approx. Rs135) for 30 days access, collected through Paypal and can be subsequently renewed or cancelled as you see fit.
1307 members . 1838 topics . 5966 posts
Join Community

0 replies
188 views
Driving in Mauritius on a foreign licence

ba
10 replies
265 views
What is the top paranormal romance book you have ever read?