The truth is land has become so precious in Mauritius nowadays and they are meant for more rewarding projects (IRS & RES schemes etc) than to provide shelter to those in need. 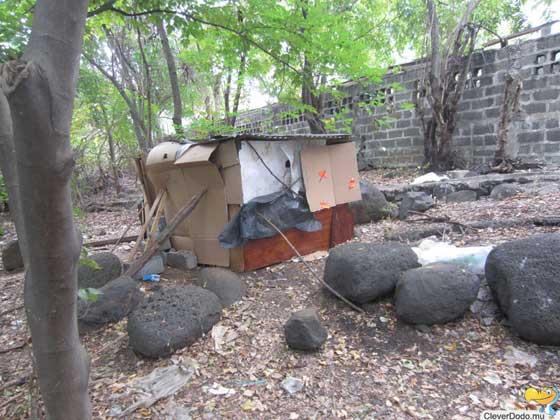 Next you need the following documents:

Wherever you live around the island, you will have to go to the following address to return your application form:

What happens after you've handed over your application form to NHDC

Well it’s a waiting game. My friend made an application in 2011 and he’s still waiting to hear from them (3 years later). They told him he was in a queue, it’s a first come first serve basis, and he would be notified when they have new houses, so I guess there haven’t been any new projects or the waiting list is very long and they are not able to keep up with the demand.

However when you look at the list of new house projects on their site, you realise they are many developments going on and it feels weird they haven’t been able to get in touch after 3 years. They haven’t forgotten but as with everything else in Mauritius, it’s always about who you know.

People who have contacts in the right places are getting hold of these houses meant for poor families and are renting them out. I'm not talking about people who are low earners but people who already have homes and are already leading a comfortable life. It’s the sad truth.

In the year 2000, a friend of mine bought a council flat (lakaz cite) at La Tour Koenig and he paid around Rs200,000 for the 1 bedroom apartment which was on the 4th floor (the uppermost one). Couple of years down the line, in 2008, another acquaintance bought a 2 bedroom rundown place in Vallee des Pretres for Rs450,000. And in 2011, another friend was looking to get on the property ladder and prices were floating around the Rs600,000 mark for a modest single bedroom house.

Let’s see how much our salaries were increased on a year by year basis:

Unfortunately I couldn’t get more recent data from the Stats Mauritius website and had to settle for the Wage Rate Index 2011. Nevertheless, wages have never seen an increased more than 11.6% but house prices have increased by as much as 225%!

I’d really like to hear your views regarding becoming a home owner in Mauritius and if you know people who've dealt with NHDC before, please share with us. Hopefully their experiences are better than my friend!

gices Published 11 May 2014
Gices Abraham is the founder of Clever Dodo. He's a life coach and advocates the practice of MAM (Movement/Arts/Meditation) for a well-balanced and happy life. Born in Mauritius and now living in the UK, he usually blogs about fitness, music, spirituality and driving topics to pass on his knowledge.

Get help with your own questions, find what's new and talk with people on the same journey

Dear sir or madam,my husband make the application nhdc house.they told him that we are in the waiting list.it has been almosts one and a half years....I phone them twice but again waiting.i have two small children we are in really poor condition.can you tell me more on Pell account.because my husband just open the account.thanks in advance

Dear sir, thank you to give me opportunity to write in your page, I am a person who have fly from war in ivory coast and I applied at the NHDC since 2006. they old me to put money in PEL savings and afterwards they will call me if I am on a list to have the house. Meantime, I have no money to pay for the caution of a house which I was renting and I went to PEL bank who give me the 4000 rupees needed for the caution and so on so on, until last year 2014 when they called me and tell me that I am on a attendee list to have a house in Henrietta but I will not be able to have this house because I am nomore working and furthermore I have not 60.000 rupees to pay fort the caution of this house and this is how I am not entitled to have this house, so now I am continuing to pay the rent of my house for 4.000 rupees and I have lost hhope to have a house, furthermore my child is mentally handicap and I have just undergo a surgery on my knees where I have been given a prothese for it,The social security told me that I am not entitled to any social aid. What will become of my child if I died? I only received an ld age pension to live,

Ra
3 replies
483 views
Are students not relying too much on private tuitions?

3 replies
1.1K views
Will legalisation of abortion in Mauritius give rise to more 'fake rape'?

13 replies
2.3K views
What social works can be done during holidays?

6 replies
2.9K views
In what way do you think students can help the Mauritian Society?