The first slaves were brought to Mauritius in 1639 from Madagascar by the Dutch after they discovered the island and decided to adopt it. However, development was altered by the slaves running away upon arrival and many more calamities such as cyclones and bad harvests. 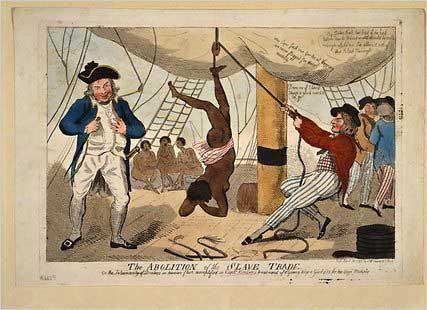 In 1715, the French took possession of the island and brought slaves from East Africa to help in development plans. Slaves worked in the sugarcane fields, in construction matters and houses as per the wishes of their masters. They were categorised into 3 groups whether they were men, women or children: skilled, labour and household. They were thus bought/sold based on what they were specialised in and their country of origin.

Slavery is a fact that has existed around the world for a long time in the past and is still ongoing today though in a different way. A slave can be defined as a person who can be sold/bought/pawned, removed from his/her homeland and at the total mercy of the master. It is a way of living in which people no longer have any rights over themselves but instead become the property of their masters where they are forced to work, without compensation of any sort or right to ask for a change and even killed in case of misconduct since they belong totally to their masters.

Once captured, bought or obtained by birth, slaves were forced to succumb to the will of their masters. The history of Mauritius reveals that it has been under a severe regime of slavery in the past and today slave descendants’ account for a good portion of the Mauritian population.

Slaves who did not please their masters were punished in different ways such as:

Although they knew they would have to face harsh consequences if they were captured, many slaves still tried to run away and were known as maroon slaves. These maroons had to be constantly on the move to avoid capture and faced difficult conditions such as hunger, lack of shelter and lived in fear.

Slave trade flourished in the 18th and 19th century in the name of development and manpower for progress with Mauritius acting as a main port for this. There was quite an influx of slaves onto the island and the Code Noir was also passed by the Louis XIV in 1723 as means of rules for the slaves. Though the Code Noir was already harsh (roman Catholism was forced upon them, weddings had to take place with the permission of the masters, they had no right to gather, they were to have food and clothes even when sick or old amongst a few), these were seldom respected. In 1793, slave trade was forbidden by the convention de Paris but since settlers on the island were against it, they decided not to abide by the decree.

In 1808, slave trade became illegal in British colonies because of mounting opposition against such treatment. When the British took possession of the island in 1810, slavery was prohibited yet it was still going on to help in the development of the island. Slaves were still being ill treated and many of them ran away whenever they could to hide in the forests and mountains.

The Slavery Abolition Bill was passed in 1833 under King William IV throughout the British Empire and as such slavery was abolished on the 1st February 1835 in Mauritius. Slaves were freed from their masters and became free men. However the ex-slaves had to serve their masters as apprentices and the following clauses were applied:

When British soldiers went to deliver the good news to slaves hiding on the Le Morne Mountain in the south west of the island, the slaves thought they were being arrested for escaping and jumped off the mountain into the face of death to prevent enslaving all over again. The area is known to be an important point in the history of Mauritius, with runaway slaves hiding there and expressing their own cultures through songs and dances longing for their faraway land. As such, to commemorate the fight of slaves for their freedom in the past, the mountain has been declared a national heritage in Mauritius and the 1st February as a public holiday.

This is a premium community exclusive to our members to discuss all things Mauritius where some of the discussions have been made public but read-only for you to get a taste of what it's like on the inside. Membership is £9.99 (approx. Rs450) for 30 days access, collected through Paypal and can be subsequently renewed or cancelled as you see fit.
1308 members . 1838 topics . 5966 posts
Join Community
Ba
BadFundodo 05 Feb 2016

Nice research. It's important to know history because the past and the present are undeniably linked. The slaves and paid labourers were imported in order to serve the colonials (helping them acheive THEIR dreams).

help children to know mare about slavery in mauritis

can you tell me more about the ''ravanne'' and it's origin?

since when, i mean what year is 1st feb a public holiday? plz

Very Interesting. But apart from Africa and Madagascar, were there any slaves from other countries? Asia for example.

Some slaves were from Southern India (today's Tamil Nadu) and were mostly used as domestic slaves. They embarked for Mauritius at Pondicherry (Puducherry)

Yeah,it's interesting... But what was the punishment of the slaves apart from death? And what did they become after the abolition of slavery?

thank for the informations.it has help me a lot !

pa
2 replies
1.5K views
Are there porcupines in Mauritius?